I purchased some seat covers for the car from Wolfsburg West. To save myself some time, I found a local upholstery guy to install them for me. He’s well versed in vintage VW’s and owns several actually. I received an email from him today with an update on the progress. He said, “The front seat seat bottom covers will need to be over pulled and hog ringed underneath because the seat covers are too big.” I watched the Wolfsburg West video that came with the seat covers. In that video, they did not need to use hog rings to hold the bottom seat cover on. They used the spikey things that are already on the seat frame and they fit very tight in the video. Here’s how I asked the seats to be put together (or layered I guess)…

I went over to the upholsterer shop this morning and took some pictures. These covers just look too big (seat backs too). See below. I also shot some video of him sliding on the seat back seat cover. It slides on almost as easy as if we were slipping on a garbage bag. In the Wolfsburg West video, he had to fold it inside out and slowly work on the cover.

I’m not sure what the issue is, but maybe the wrong covers were sent to me. Although, they were marked correctly when I received them (Item #: 113881005IV).

I think the pictures/video tell a better story… 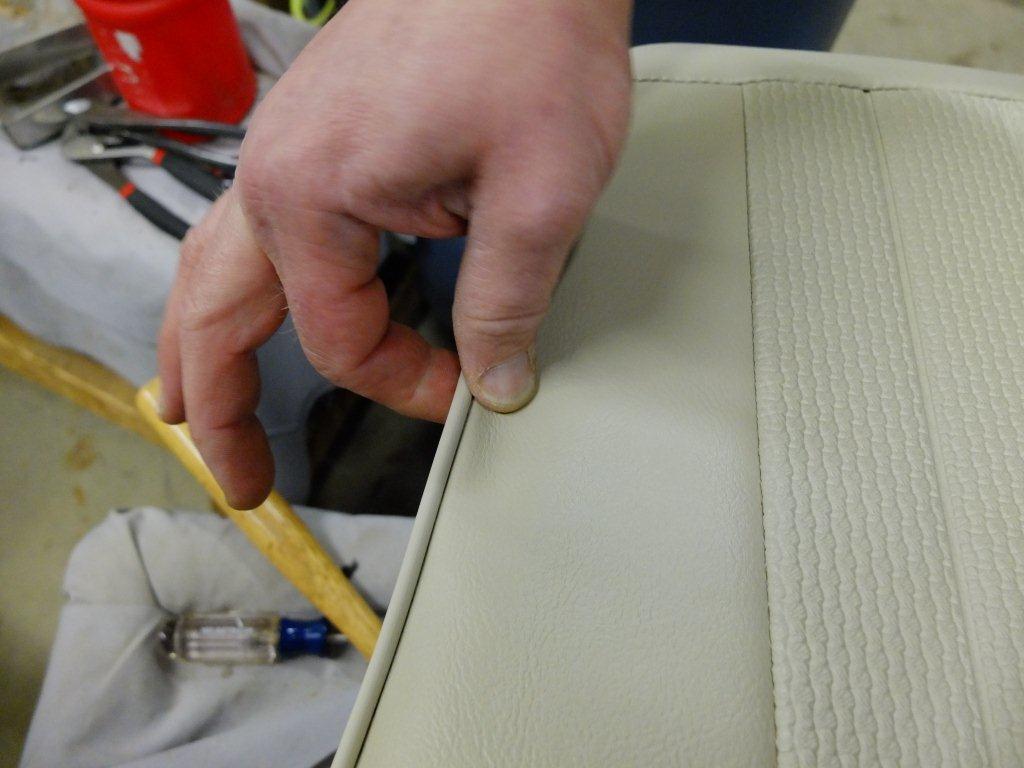 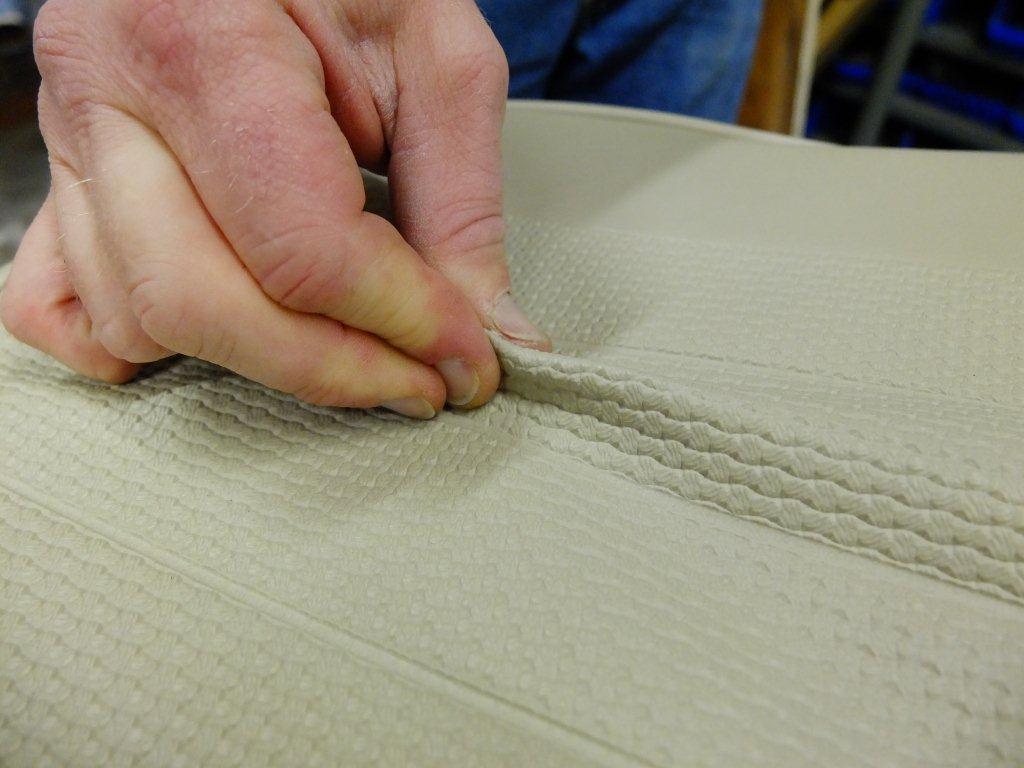 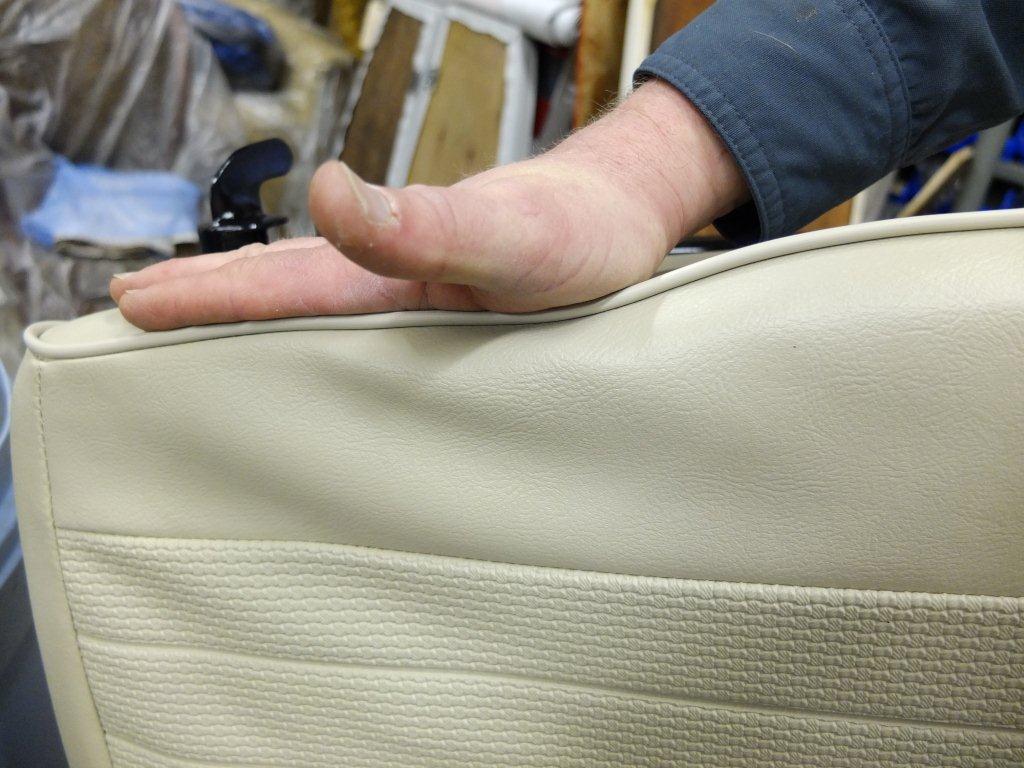 He could literally pull the cover almost across to the other side of that spring coil: 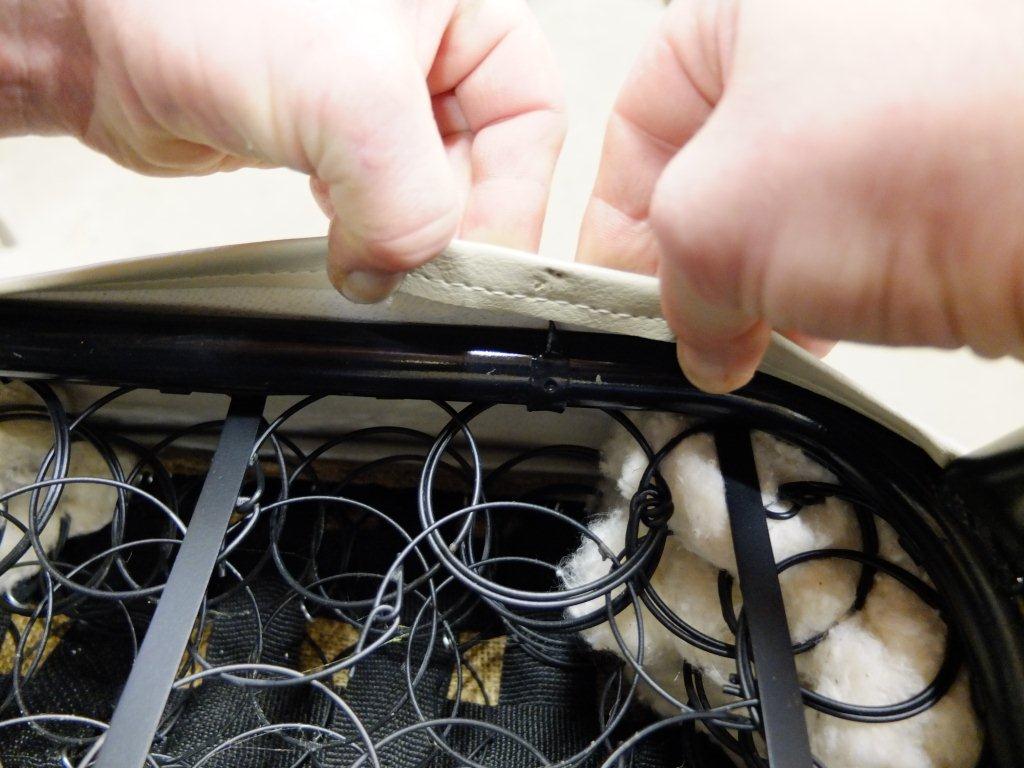 He said that everything was ok top to bottom, but they’re just too wide left to right. He said he’d have to put an inch of foam on each side (2 inches total) just to take up that slack. 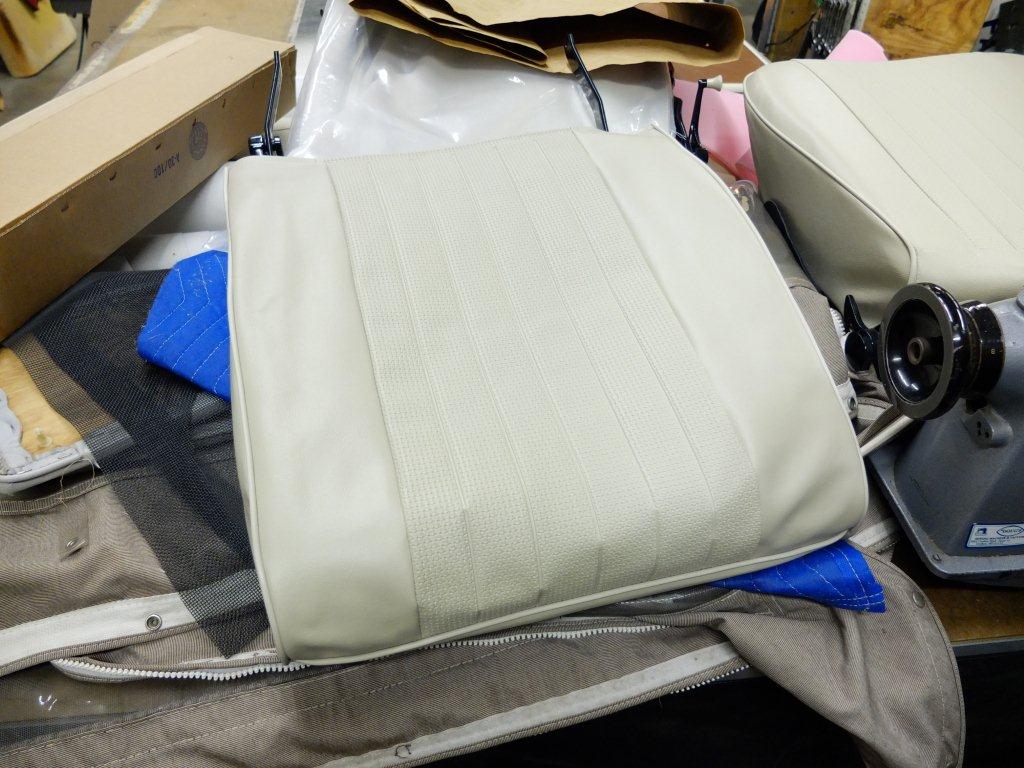 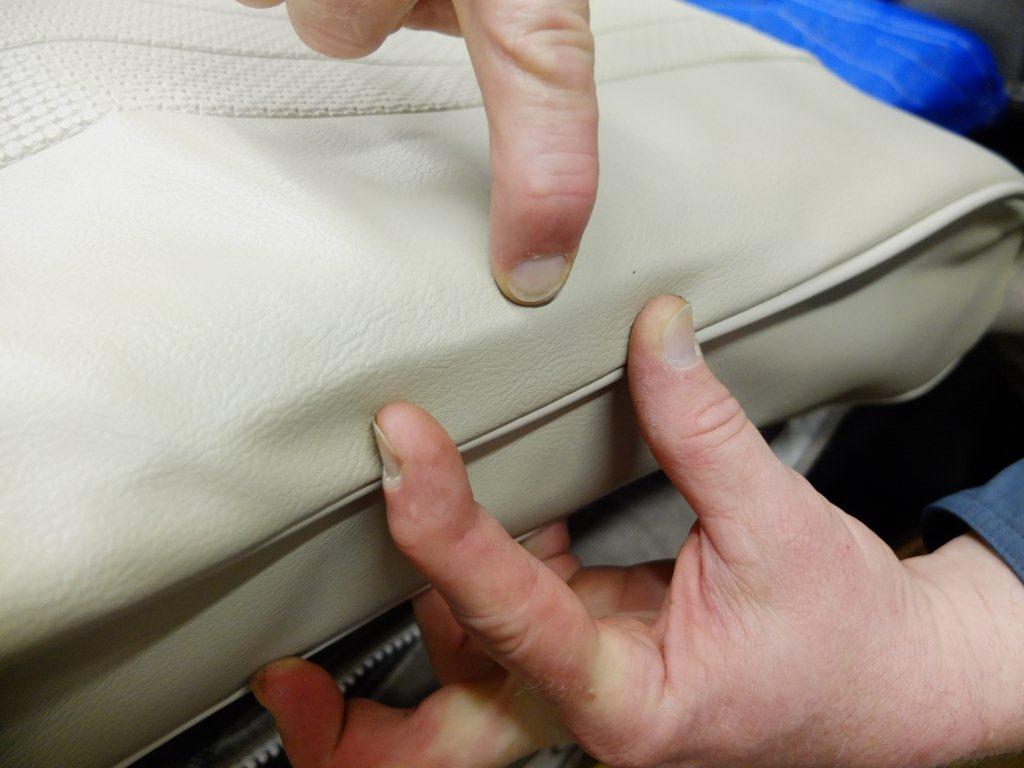 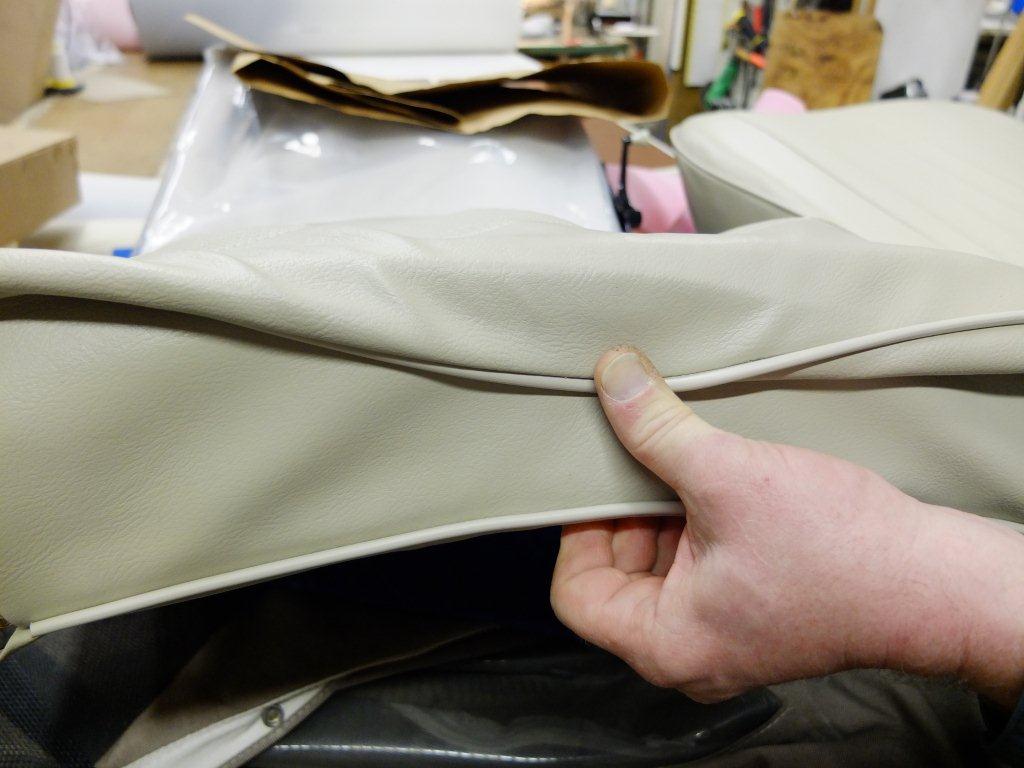 Stay tuned to see how this unfolds…