I picked up the new engine from William Page (Willie) yesterday.  Willie is the gentleman that built the engine for the car.  I’m in Ann Arbor, MI, and Willie is in Lake Village, IL.  It was a long drive, but well worth the trip.  We got to stay the night in Chicago too, and it just happened to be the night downtown Chicago had their tree lighting ceremony and parade.  Michigan Avenue was all lit up, and there were tons of people.  That was a fun surprise. 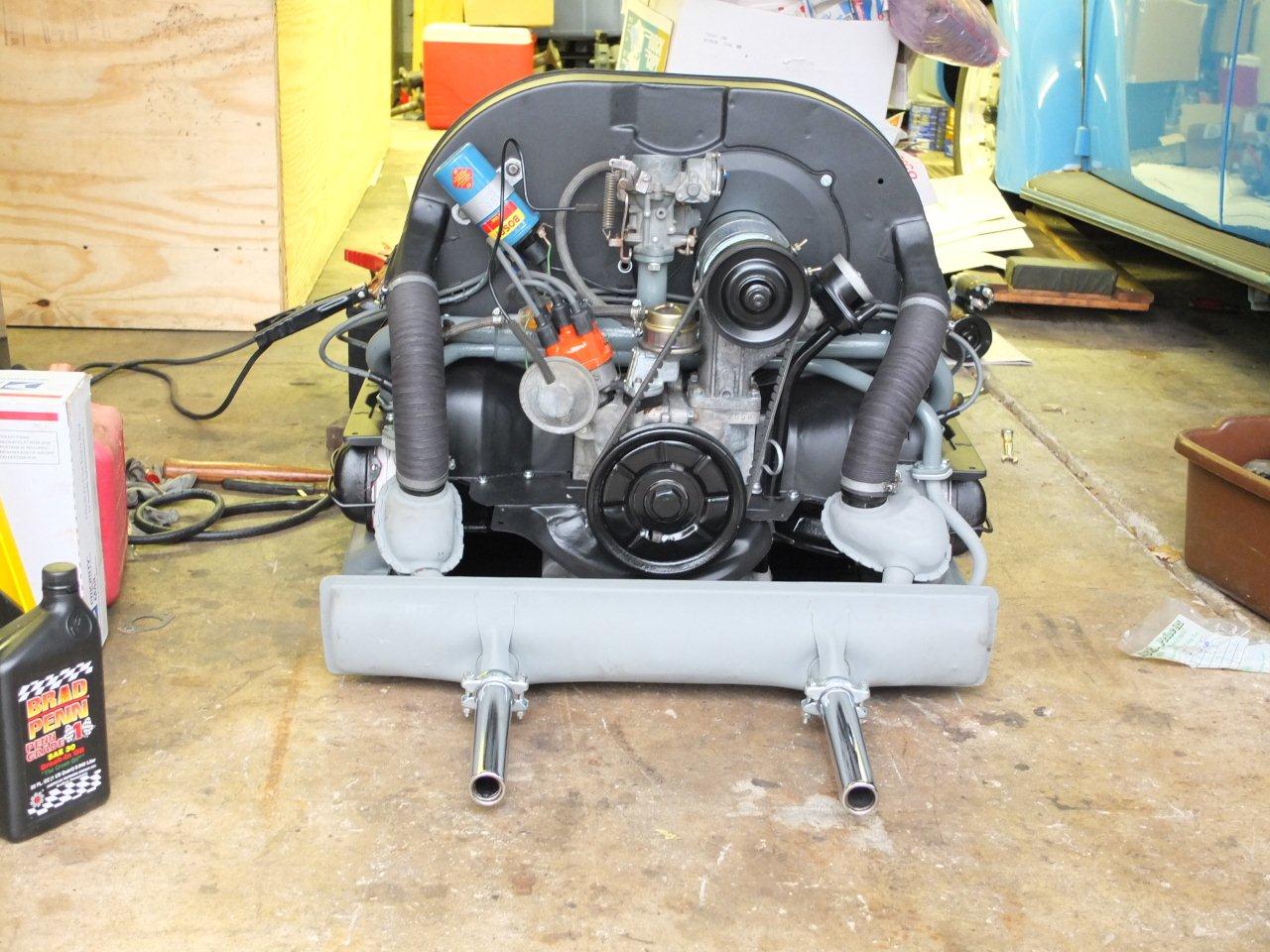 I found Willie on The Samba via one of his ads offering engine building services.  Willie has been building engines since the 70’s. He really knows his stuff. I contacted him via email, told him what I was looking for, and agreed to have him build it.  I’m happy I did, because the engine turned out great.  It was a several month process, as he had a couple of engines in front of me.  Plus, it took some arranging of the schedules to make the trip to Lake Villa, IL.  All communication was done via email, and his attention to my project was top notch.  I had some special requests, such as using a certain oil for break-in (Brad Penn Break-In Oil), and he had no problems with that at all.  We didn’t actually speak on the telephone until the day before I was to pick it up.  Isn’t the Internet great?

“For the beginning, we took a great 1966 F block that was still untouched.  We had it cleaned and degreased so it looked new again. We inspected it for cracks, pulled head studs,  etc.  After getting the blessing that it was all good, we sent it to Mofoco in Milwaukee to get linebored.  The block was linebored only to the first oversize and the thrust was checked.  It was like brand new!  We then took a reground crank and a set of Mahle main and rod to complete the rotating assembly.  Mahle 85.5 pistons were fitted with N.O.S. German rings, and the cylinders were honed like new.  The cylinder heads were bead blasted and checked for cracks.  After cleaning, they received silicone bronze valve guides and all new valves. The heads recieved a mild flycut to make sure that it would not leak any compression.  After it was all machined, it was assembled and checked, and rechecked.  A rebuilt Solex 30 Pict carb topped off the engine along with an original 1966 Bosch distributor. The engine tin was powdercoated by Awesome Powdercoat in Ohio.”

Here’s a short video of Willie starting the engine
the day we picked it up at his house:

Here are some pictures of the engine sitting in my garage on my hydraulic lift cart, ready to be installed: 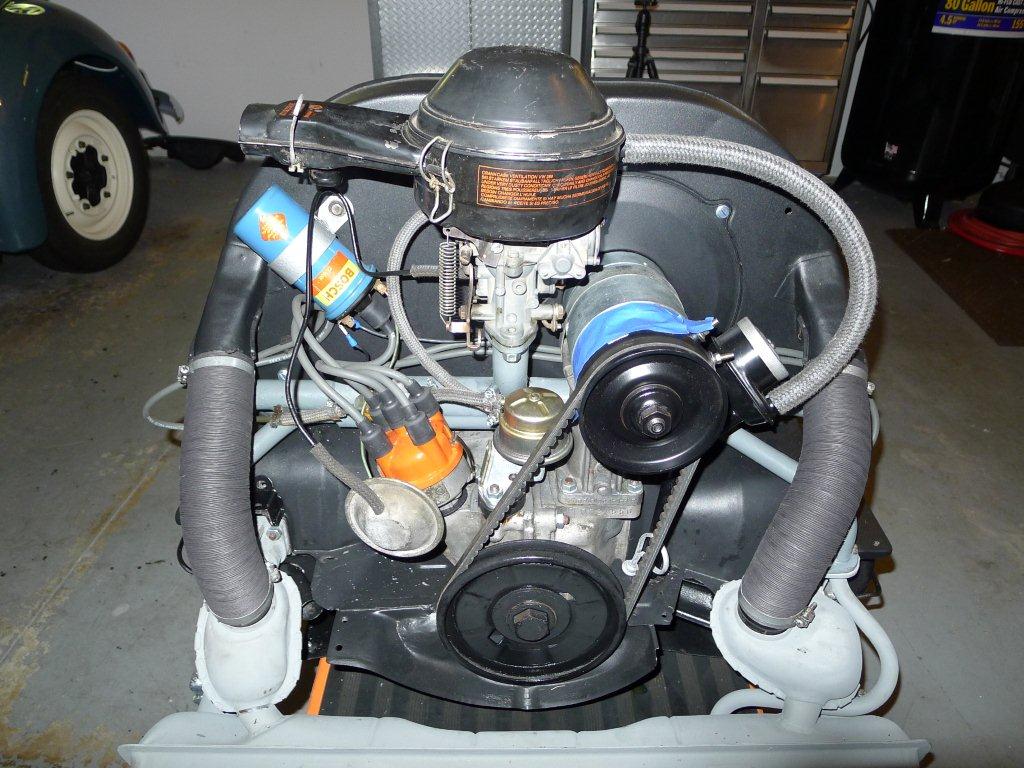 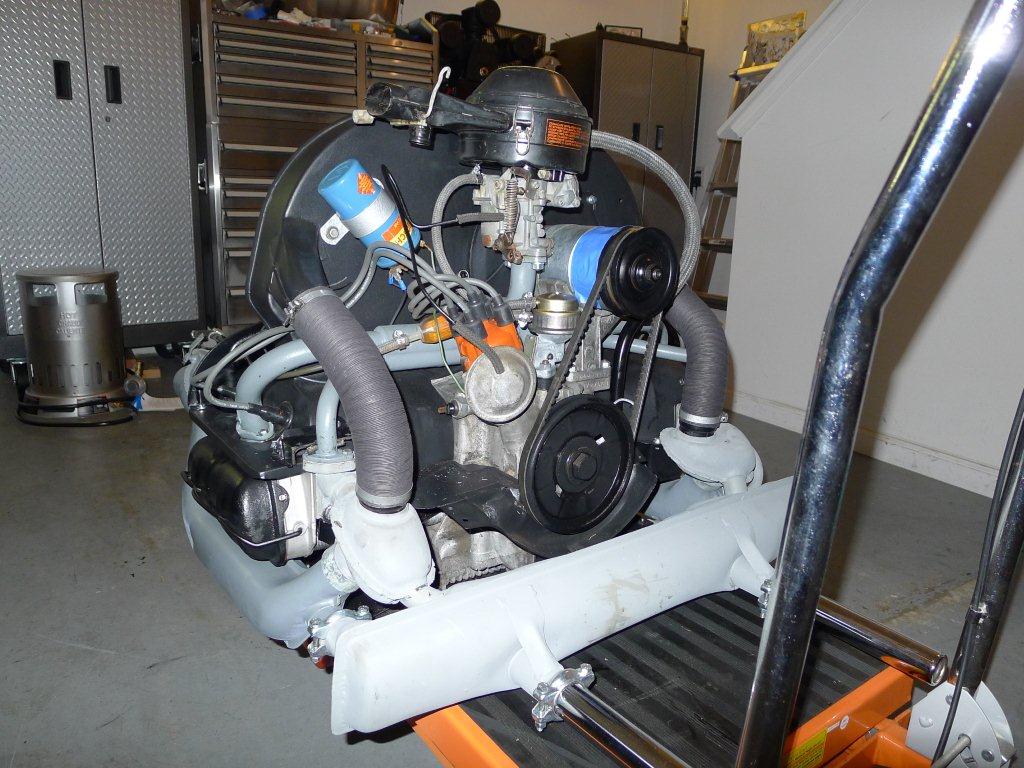 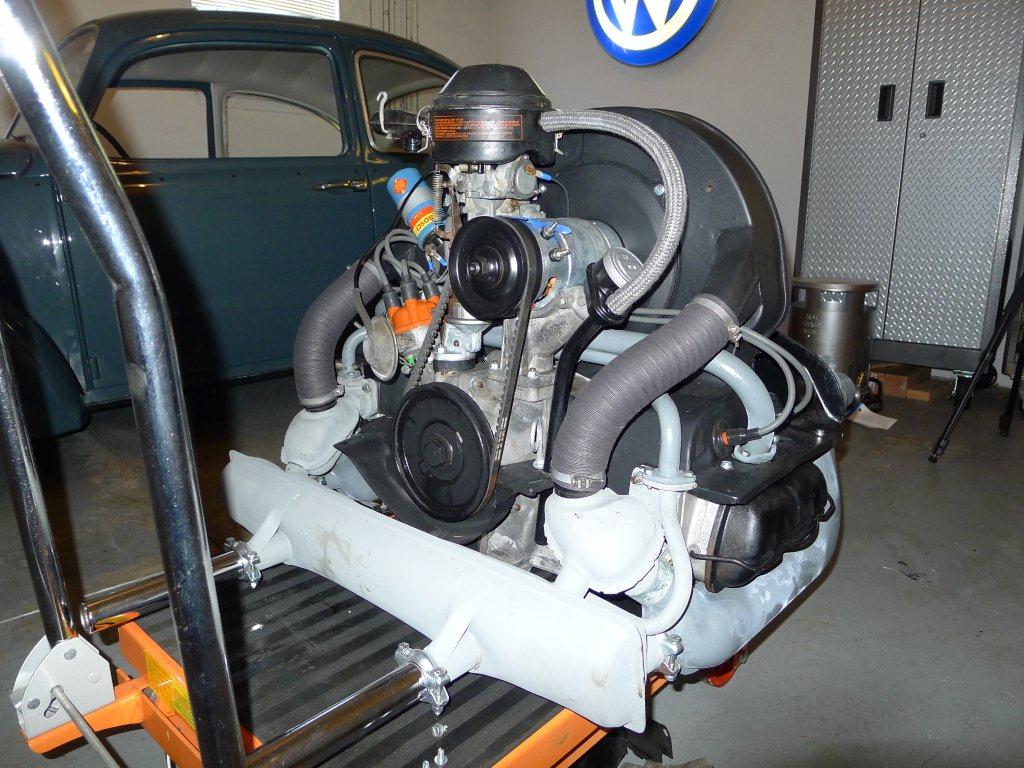 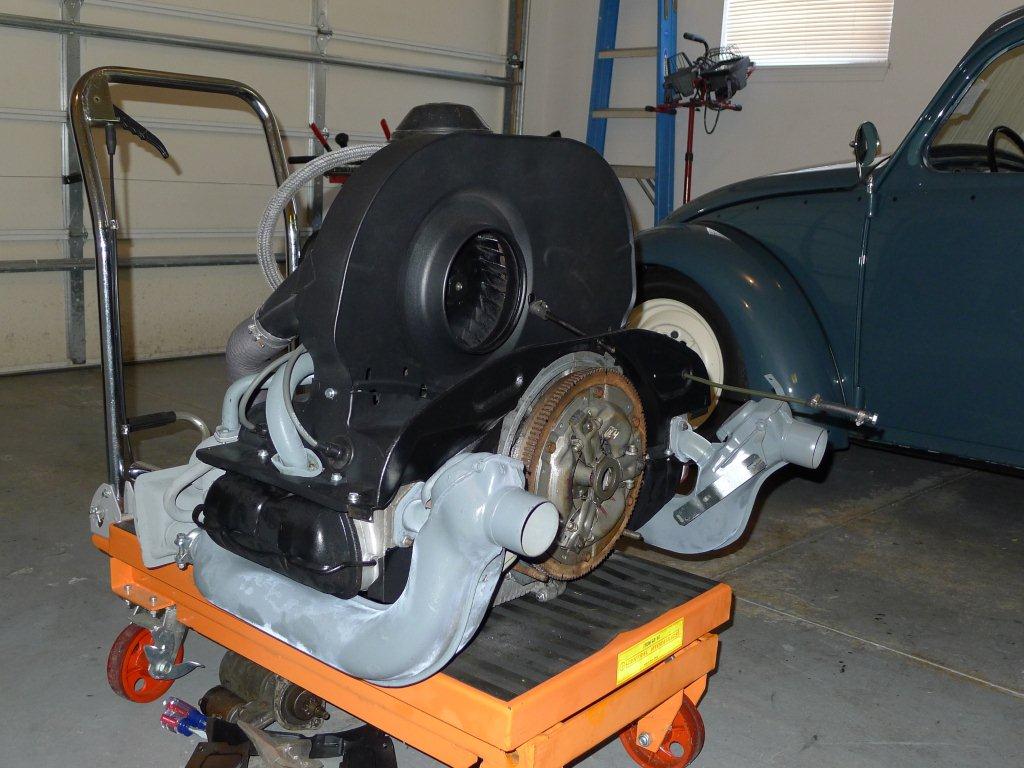 So far I’m extremely happy with the engine, and I’d highly recommend working with Willie. I don’t think you’ll be disappointed. Now I just have to get it installed in the car. Can’t wait! =)