Stopped at Subway (or should I say “dub”-way) on the way home to eat lunch. Shot this picture of Karl from inside the store using my camera phone. I like how the red, white, and blue in the Marathon station signage matches the red bungie cords and blue/white cooler on the car. An unexpected surprise that I noticed later. =) 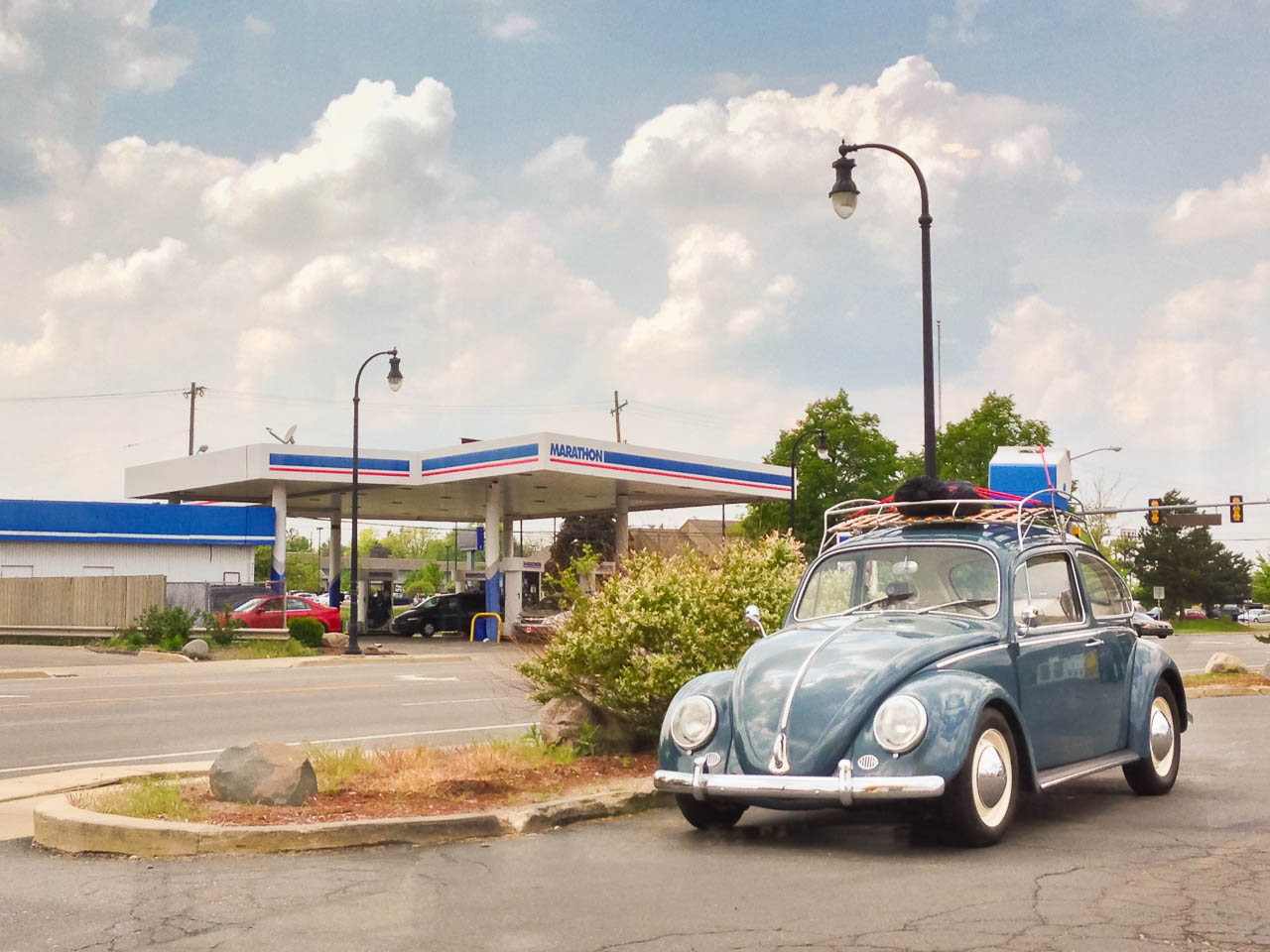 The Michigan Vintage VW Club car show was today at Riverside Park in Ypsilanti, Michigan. The weather couldn’t have been more perfect for a car show. Here are a couple pictures I took of Karl under the gorgeous early morning light. Love that time of day! 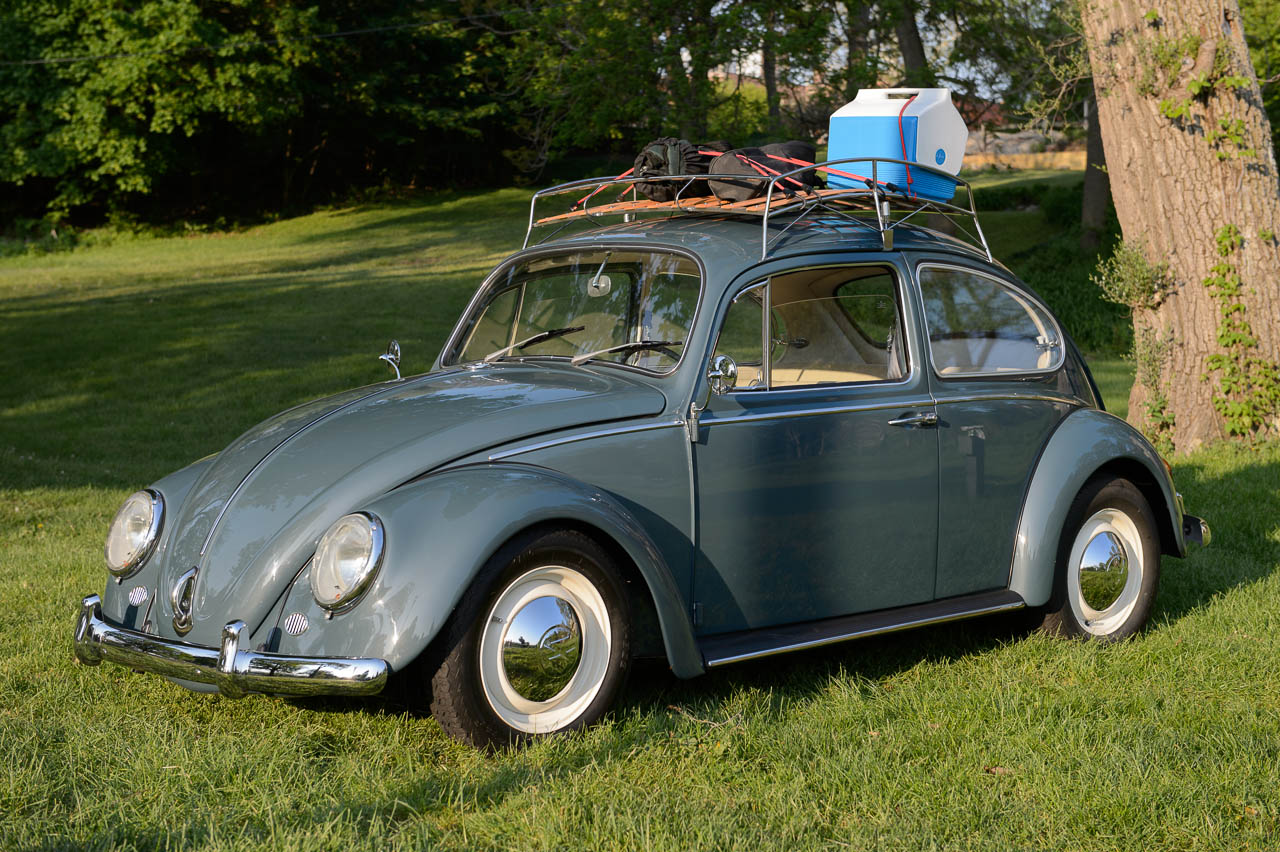 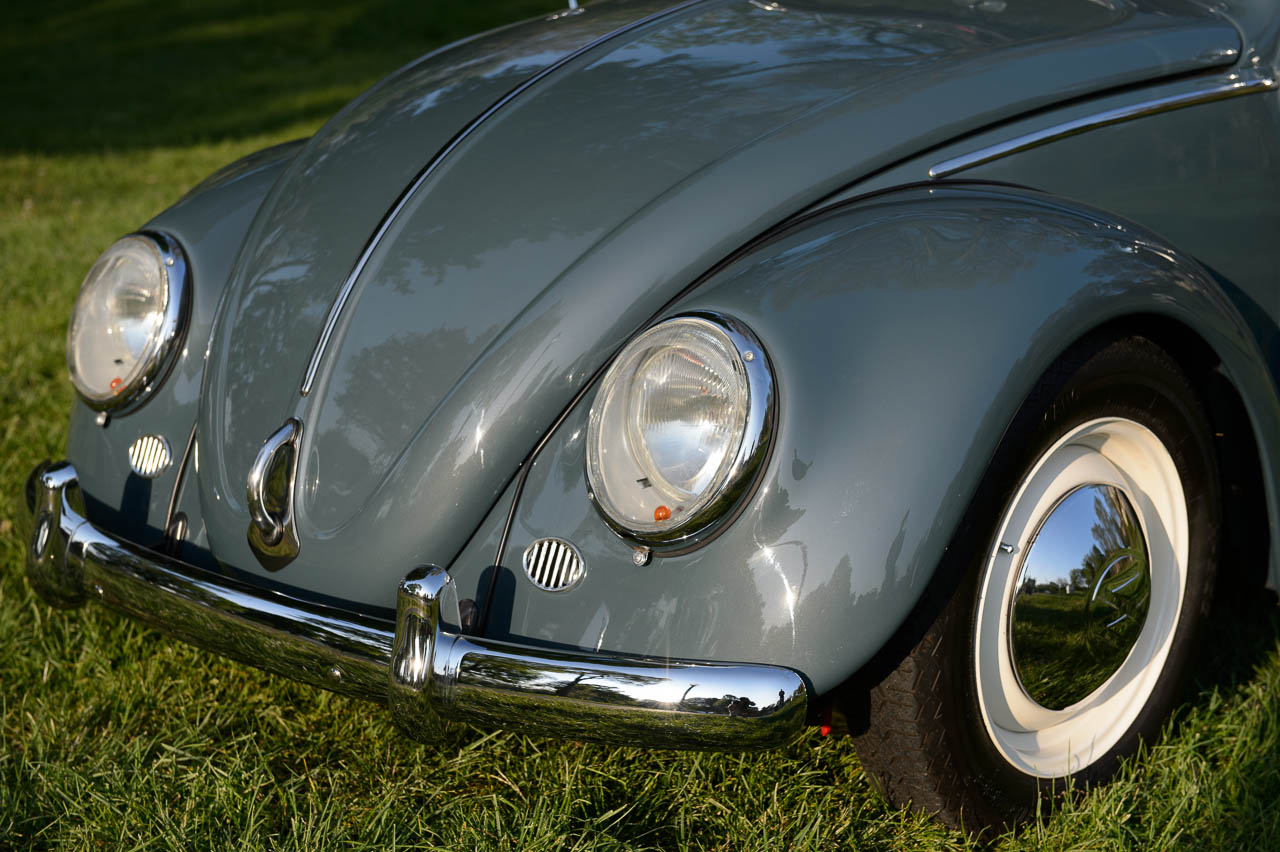 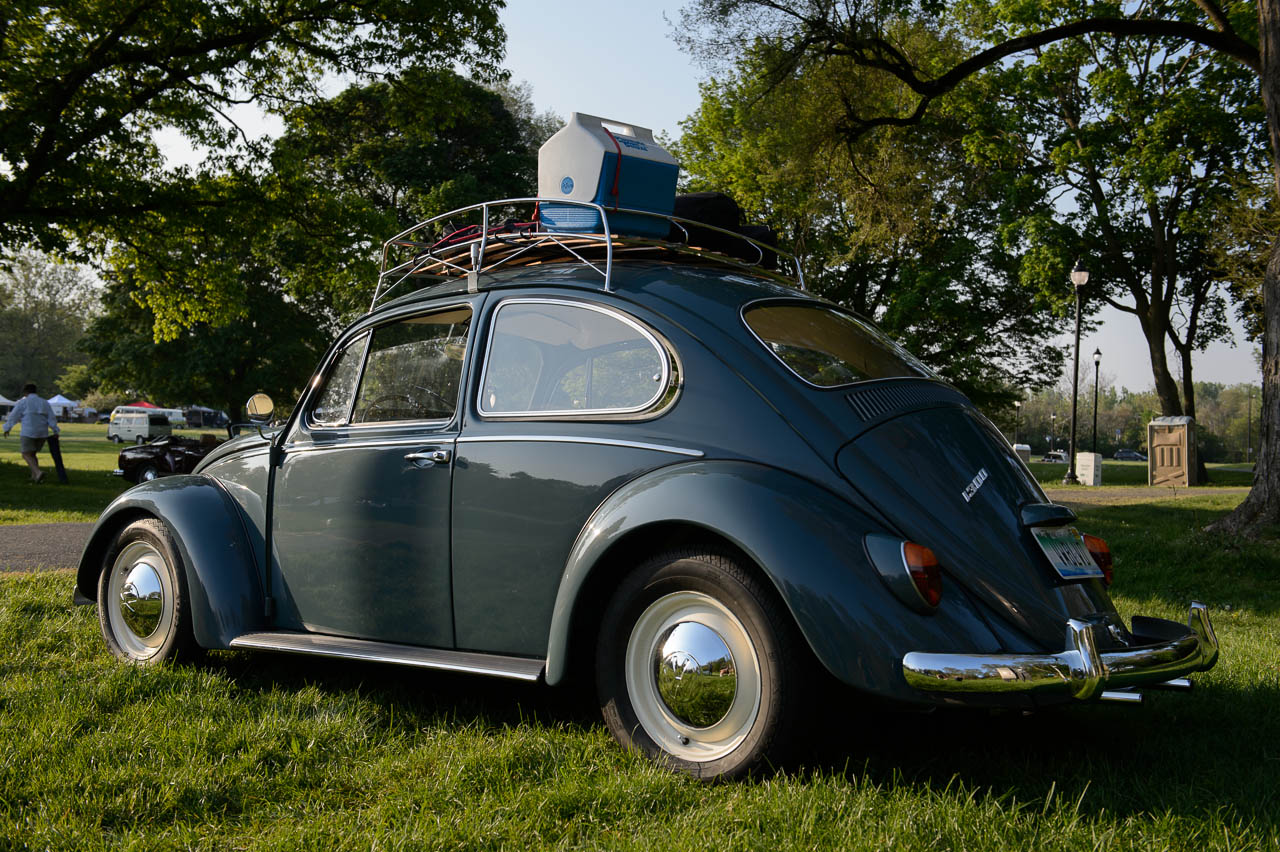 It was fun using the roof rack. Today was the first time I’ve actually used it. I used it to carry things we actually needed at the show today. Chairs, drinks, and snacks! =)

I bench tested Karl’s new radio this evening. I purchased it from a gentleman in the UK last year sometime. The good news is that it’s working great! Now if I only had a proper speaker for Karl’s dash, I’d have it ready to go for the car show on Sunday. I have the speaker on order, but it won’t be here in time. I bench tested with my headphones as speakers instead. Here’s a picture: 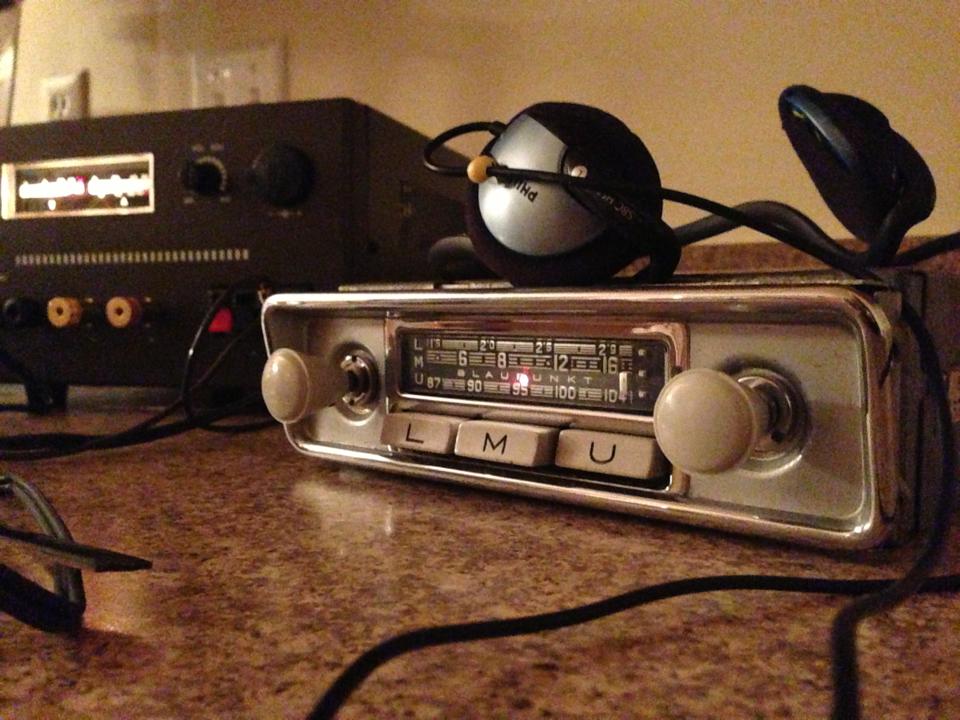 Isn’t that the coolest looking vintage Beetle radio? Not as cool as the early 50’s Beetle radios, but still super cool!

I plugged the radio into the dipole antenna I built in my attic. Whoah! I think I can pick up stations in Europe now (just kidding). It works so well though. Hopefully I won’t be too disappointed with the radio’s reception when I finally hook it up to the car antenna. 😉

I blogged about the antenna here: